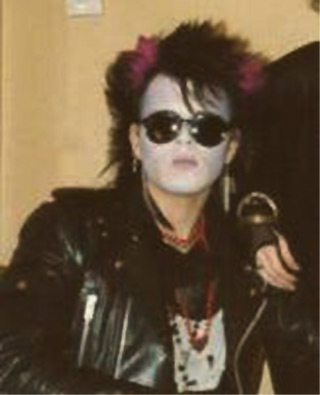 © Mik Scarlet. First published in Best For Music magazine vol.2 April 2001 Now I know I’m getting old. Soft Cell playing live! One of THE bands of my teenage years, back together! Yippee. So with full make up on I drive, with “Non-Stop Erotica Cabaret” pumping out of my

Edited by John Brockman Book Review by Mik Scarlet From the moment I learnt to read, I devoured anything science based. By the time I was 12 I saw the future as a place populated intelligent robots, biomechanical engineering, interstellar spaceships, aliens, and ray guns. A fantastic future that would

© Mik Scarlet. First published in The Independent So it’s that time of year again. The BBC’s Children In Need campaign. A whole night of stars begging us to give money to help the “poor little things”. Terry and Gabby front this all night-er and we give. Or should I

© Mik Scarlet. First published in Best For Music magazine vol.2 April 2001 It wasn’t planned, it kind of just happened. This weekend I did something that I haven’t tried since I was about 18. I STAYED IN ALL WEEKEND. My girlfriend Diane and myself spent 48 hours in our

© Mik Scarlet. First published in Pure magazine, issue 1, 1999 As the world became brighter, I began to become aware of a strange damp feeling. My eyes peeled open and I focused on a figure in clad in green, their face hidden by a white surgical mask. The room