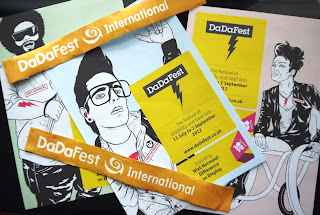 Last Thursday I had the honour of being the compare and master of ceremonies at the launch event of the UK’s biggest festival of Disability and Deaf arts, DadaFest. Held at the Bluecoat in Liverpool, this event marked the start of two months of the very best that the Disability and Deaf arts scene has to offer, with contributions from artists and performers from all over the world. I had been pestering DadaFest’s CEO Ruth Gould and her team for some time to try to get involved with the festival and so when the call came to come up and compare the opening day I jumped for joy. 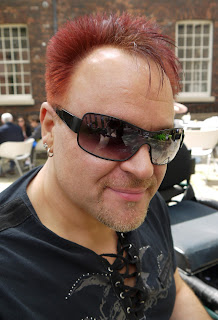 The event kicked off with drinkies and nibbles upstairs at the Bluecoat bar, with speeches from the key players in putting on DadaFest 2012. Patron and major player in disability politics Sir Bert Massie gave the audience his take on how the disability and deaf arts scene plays a massive role in advancing the understanding of disability in the wider community and made a plea for big business to see the potential in funding the fantastic creative talent on show at the festival. Next Sue Harrison who is the chair of the Bluecoat outlined what we should expect from the next two months, followed by speeches from the key funders of DadaFest, Councillor Wendy Simon from Liverpool City Council and Julia Keenen, the lead Arts Council officer for DadaFest. They both outlined why they felt that DadaFest is so essential to the arts scene and to Liverpool itself. As this year’s DadaFest is an official part of the Cultural Olympiad, LOCOG’s Nigel Hinds then explored the history of culture and the games and how DadaFest fitted in to the whole 2012 Olympic/Paralympic experience. Lastly Ruth Gould thanked everyone for coming, gave us an outline of what to expect during the run of the festival and then declared DadaFest 2012 open. She then awarded a cheque to local dancer and sports star Shauna Hogan, who is about to go and compete in the Special Olympics. 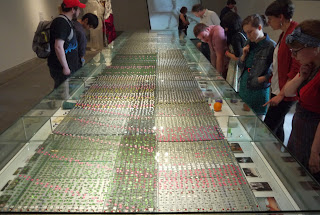 The proceedings then moved on to the private view of the UK premier of the exhibition Niet Normaal. Originally from the Netherlands, where the phrase is used to mean ‘cool’ as no one wants to be thought of as normal, this version was curated by Ine Gevers, who originally developed the show, and Garry Robson. I can’t truly explain how fantastic this exhibitions is. It not only explores the question of normality and conformity from a myriad of different angles and mediums, but each work is strong, beautiful and thought provoking in their own right. 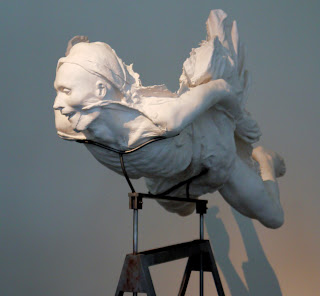 My personal highlights were Pharmacopeia by Suzie Freeman, Dr. Liz Lee and David Critchley, which explores the modern relationship between medicine and day to day life by creating an installation that charts the pills taken during two peoples life times, Cast from Nature by Christine Borland, that raises questions of beauty within artistic representations of the dead body by contrasting the positioning of two casts of a dead body, Bad Mummy by Birgit Deiker, that uses fetish imagery to examine motherhood and body image, and Ambush – Non Traceptives with Intelligent Sperm Selector by Andreas Vinther Mølgaard, who questions the consequences of new technologies with this mock up of a new condom that allows the user to screen for genetic mistakes. 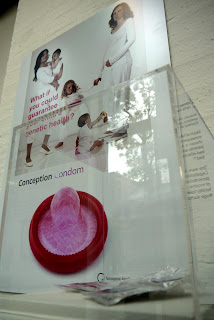 A piece that had a personal impact, as someone who had over £250,000 worth of titanium in my body holding my spine together was the video work by Floris Kaayck, Metalosis Maligna. Filmed as a mock-umentary, Kaayck uses the conventions of television documentary to examine our relationships with mechanical implants by creating the fictional disease of the title. I could go on but if you can, you must visit Niet Normaal. An amazing exhibition which you miss at your peril. 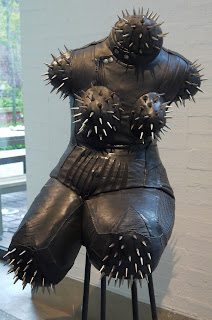 Later on we moved to the Bluecoat performance space, for a night of entertainment. First on the bill was The BeatHovens, who combine rock and rap to great effect. Next up we had poetry from the superb Roger Cliffe-Thompson, who continued the Liverpool tradition of poetry that is both funny and insightful with a strong political heart. To follow things got a bit sexy with the first of two burlesque acts of the night, Diva Hollywood and her performance Black Swan. She told me later that she created this fun sexy dance to allow her to explore how MS effects the way her body functions. This act demonstrates what DadaFest is all about, using art and performance to find new ways of examining disability. Once the feathers had been swept off the stage, the hilarious comic Vincent Biljio put us in stitches. (Please forgive my useless attempt at pronouncing your name Vincent – I will try harder next time). With the tears of laughter still in my eyes I announced the next act, Burlesque act Millie Dollar. All I can say is do try to catch her act as she is one to watch… oo-er. All over come and hot and bothered, it was now time for the Beathovens to return to the stage and play the evening out. They managed two encores, topping the night off with the most amazing version of Led Zep’s Whole Lot of Love. 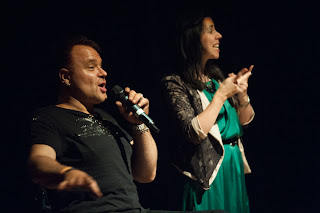 As the day ended I did hope that we might all retire to a local hostelry to celebrate, but the whole team were dead on their feet. The work that must have gone into putting on this year’s DadaFest must have been phenomenal, and it had obviously caught up with them. So instead Diane and I wondered the streets of Liverpool, which is another city that seems to be confronting accessible environmental design head on. While the Albert Dock is a little difficult, mainly due to blooming cobbles everywhere, the rest of Liverpool was great. The Bluecoat Arts Centre itself is also superbly accessible, and as it an old building it just goes to show that it can be done.
All in all it was an amazing day. The are some fantastic events, shows and performances on over the next two months as well as Niet Normaal. The whole experience really demonstrates that the Disability and Deaf arts scene is a thriving and vibrant one, and I believe it is going to be the place to look for the next big talent. Or two, or three….
DadaFest runs from July 13th to September 2nd, with live performances beginning on August 18th.
For more details check out www.dadafest.co.uk